The Magmin is a small elemental monster with the characteristic of exploding in a burst of flames whenever its HP reaches 0 (so when the creature dies). This monster burns everything it touches and has a natural tendency for mayhem.

A Magmin is a mischievous and grinning creature that resembles a humanoid sculpted from magma’s black shell. The creature gets ablaze depending on its emotions: the more it is excited or angry, the more it gets ablaze, radiating heat like a bonfire.

However, it continues to burn even when it is calm: small jets of flame tend to erupt often from its porous cinerea skin. Magmen are characterized by outer shells usually black, brown or red, with bright yellow eyes and mouth.

Being summoned, they are obliged to serve their master, not having a society as a result. Only when given the opportunity do they create a hierarchy, based on who has a hotter flame and who less.

Magmins revel and enjoy watching anything burn. They view flammable objects as kindling for a huge explosion, and only the powerful spells of their summoners keep them from making everything they touch ablaze.

Despite their love of chaos and destruction, they weren’t vicious in their burning, and didn’t duly understand the deadly nature of their dears. The hugely alien conception that fire was linked to pain, and their obsession with having fun led them to view mortal responses as slapstick.

Magmins did not attack creatures with the aim to cause physical harm. They do not seek out combat, but lit creatures they came across on fire for their amusement.

If significantly hurt, they would not stay and fight but would quickly retreat.[1] When confronted by entities that could not be harmed by heat, magmen would be forced to rely on slamming and punching. In one of the elven kingdoms of Flu’hun there was a special division of powerful wizards specializing in evocations that loved to use small Magmin hordes during sieges and trench warfare.

Whenever the army was not able to break the siege of the castle and the besiegers’ resources were decreasing, this special division spread around the structure from the side with the lower walls and starts to evoke these monsters. The Magmins then run toward the castle and start to climb the walls, and then proceed to attack the barn, the cellars, the armory, and the apartments of the soldiers.Sometimes, to increase the effectiveness of these creatures, the wizards used to launch them using catapults.

REGISTER NOW FOR FREE
Subscribe at 1,99/Month and unlock ALL our Adventures and premium 5e Resources
Login
Advertisement This flower is easily identified by its flame-like coloring on its petals and leaves, as well as the dimly glowing flame pods. The Efreeti is a genie elemental which comes from the Elemental Plane of Fire with spectacular magic powers. 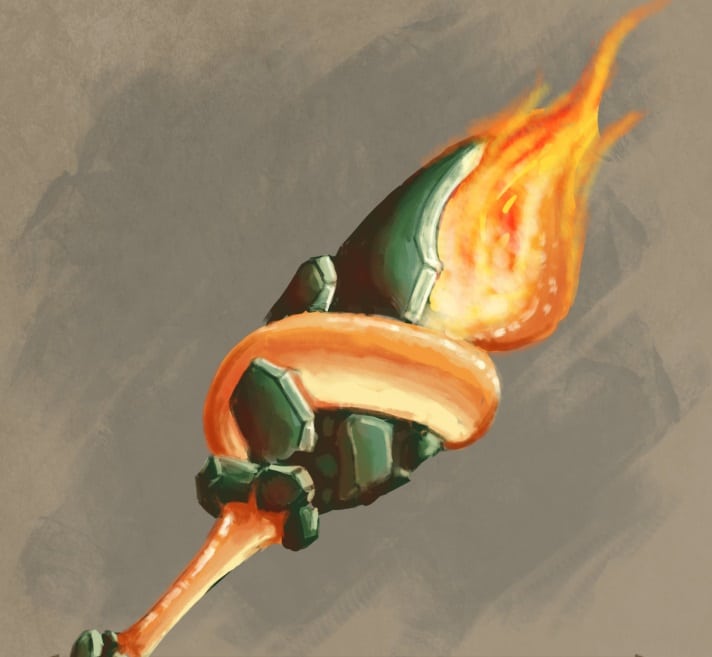 Blaze Heart is a torch made using the elemental properties of a Charmander.
The Metapod shell is used to assemble the item and its Boost ability makes the torch’s flame stronger